In December we featured the following photographers:

We were hiking on the Nu’alolo Cliff Trail. The fog was hanging in the air as the sun sank low and created a warm glow bouncing through the air. I noticed how one side of the mountain receives more rainfall and supported trees and plantlife while the other was drier and loose rock. This made it seem as if the world was on its side and we were walking along the edge of the earth! I used an ultrawide lens to capture the surreal scene and show the height of the cliff. 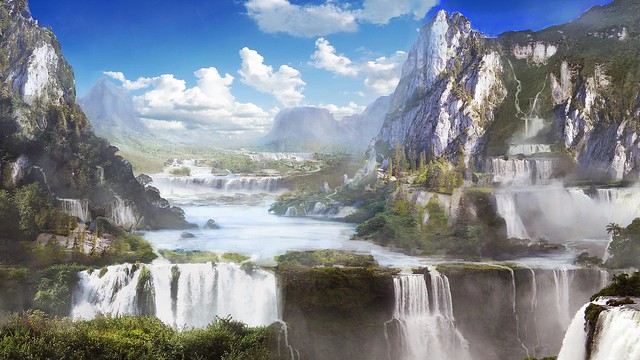 Jonathan had drooled over this church in travel guides, but did not realize it was the one he had happened upon by accident. They had initially photographed in Santa Magdalena, but due to wet weather they looked up a restaurant further up in town. They passed the church and did not notice it, but visited the same restaurant the next day. This time he noticed this incredible setting and had to had to hurry to get the shot due to failing light.

Photo was taken of the estuary mouth on a cold, cloudy morning in St Lucia in the KZN province of South Africa. St Lucia in South Africa is spectacular – at the spot where we were standing a hippo or a crocodile could come wandering past without fences for protection – and they often do!